How Microcredit is Helping Entrepreneurial Poor in the Philippines

However, Microcredit is helping the entrepreneurial poor more. And we are going to talk about how in today’s blog.

But before we hit the main topic, let’s learn some facts about the microfinance industry in the Philippines. Believe us; this will help you understand this topic better than if we don’t.

Microcredit Industry in the Philippines

Do you know when Microcredit started operations in the Philippines for the first time? As early as 1960.

It was rural banks and cooperatives that started financing agricultural activities. But due to the low repayment rates and some other challenges, the program was shut down.

After the first attempt, the government started another subsidized credit program to help the poor. And unfortunately, that program was also discontinued due to the same repayment issues.

However, NGOs later started microfinance programs based on the Bangladeshi MFI pioneer Grameen Bank model. Since then, the microfinance industry in the Philippines has grown exponentially.

So, what did they do back then which helped MFI to enter the mainstream finance industry?

Instead of individual loans, Filipino MFIs started to target the entrepreneurial poor and provide non-collateralized credit in groups. Apparently, it was a community-based program that helped increase the repayment rates.

According to ADB, till 2020 Philippines’ gross microfinance loan portfolio was $7.6 billion with more than 17 million borrowers.

In short, we can clearly say that the microcredit industry has grown rapidly and continues to serve individuals and small businesses over these years.

But as we said earlier, Microcredit is helping the entrepreneurial poor in the Philippines more than the individuals. And you have already learned that this was the primary target of the country’s microcredit service providers.

You might be thinking how! Don’t worry; we are going to discuss that now.

You already know that Microcredit is for unprivileged people who do not have access to traditional financial services. Simply put, traditional banks did not finance any entrepreneurial poor back then, nor do they finance them now. So, there had to be some form of financial service to uplift the poor people. And here comes the microfinance institutions.

Like so many other countries, Filipino microfinance institutions also target the entrepreneurial poor. It helped poor people start small-scale businesses. Besides, it was a good investment for MFIs since the risk is less, and it worked.

Today, microentrepreneurial loans are on the rise in the Philippines. According to the BSP report, the total Microenterprise Loans increased by 6.9% in 2021.

Due to microfinance loans, millions of unprivileged people have started their business and continues to grow to success. So, let’s learn how Microcredit is helping the entrepreneurial poor in detail.

Microcredit is Helping Entrepreneurial Poor in the Philippines

Be it for individuals or small businesses, Microcredit remains a change-maker, and when it comes to the Philippines, it has a massive impact. People can borrow money from microfinance institutions to start their business now, which they couldn’t earlier. It is not only the borrowers who benefit but also the MFIs. Let’s learn how.

Imagine if you want to start a small grocery shop but don’t have the minimum capital to start. What would you do?

Due to this situation, poor people could not start their businesses. But now they can because of the microfinance institutions.

If you have an MFI, you could relate to this and can realize how your microfinance has been helping people.

Despite having the money, many people cannot establish a business in most cases. So, they need resources and guidance.

In this case, Microfinance NGOs are not only providing the capital to the entrepreneurial poor but also helping them with training and necessary resources for success. And because of this, so many people have benefited and become successful.

Imagine yourself as a borrower thinking about taking a loan from traditional banks. Forget about getting the loan for a moment and consider the steps you must cross before your application is rejected.

Most poor people don’t even apply for a traditional loan because they don’t have the asset to show to the bank.

But because of the Microfinance institutions, anyone can apply for a loan without the hassle. And the majority will receive the amount as soon as possible to kick start their business.

Because of the hassle-free quick service, poor people can become entrepreneurs within a month. So, we would say this is a big contribution to society and how Microcredit is helping the entrepreneurial poor in the Philippines.

To grow your business, what do you need? You need further financing. And it is easy because of microcredit organizations.

Once you have completed your first loan repayments, you can take a loan from the MFI again for further investment. And this time, the process becomes easier.

Refinancing provides more growth opportunities for the entrepreneurial poor. And thanks to MFIs, so many people have benefited from the social service.

How Entrepreneurial Poor are Helping MFIs

Do you think it is the borrower who is benefited in the process only? No, entrepreneurial poor are also the reason hundreds of MFIs around the Philippines are being benefited. Moreover, because of this segment, the entire MFI industry is benefiting.

Remember we shared the industry insight in the beginning? Then, the government made two attempts to provide loans for individuals. But both the initiatives failed. After a long gap, governments and MFIs launched a model targeting the entrepreneurial poor, and they found success.

Entrepreneurial loans without collateral are successful because people are not investing in their houses or farms; rather, they invest in the business.

In addition, small businesses always had low risk and higher profits. As a result, MFIs got their repayments on time. So, we would say that entrepreneurial poor are the very foundation of MFI operations in the Philippines.

But still, a lot of MFIs in the Philippines struggle to sustain or make noticeable profits because of the high operating cost.

Because of the lack of technological solutions, if your MFI is struggling, we suggest you automate your entire process with a better Core Banking Solution. It will make your microcredit operation hassle-free and reduce the cost of operation. Moreover, it will increase the efficiency of your organization.

Need a Core Banking Solution for Your MFI?

PrevPreviousGreen Microfinance: How You Achieve Its Objectives
NextTips on How to Motivate Employees to Thrive at WorkNext 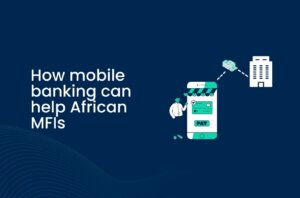 Mobile banking is awesome! And now we cannot think of our daily life without it. But have you ever imagined running your microfinance with mobile 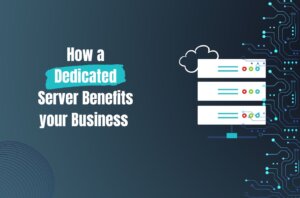 Benefits of Having a Dedicated Server for Your Business

Is your current server supporting your system well? Do you feel that your system is secured on the shared server? If you don’t, maybe it